After 9 months of trying to conceive unsuccessfully, I started to, without realizing it (at first), isolate myself from friends and family. With each passing month and each passing fertility test, I wanted to be alone more and more.  Deep down I knew it was because I was protecting myself and “dodging” the question… if I didn’t see or talk to people, they couldn’t ask it… The question was getting harder and harder for me to answer with a smile, without biting my lip to prevent from crying, or without being completely rude to the person asking.

So many emotions I had never felt before started growing stronger and stronger with each passing month… 9 … 10 … 11 … 12 … 13… 14… I really did try my best to stay positive and remind myself it could definitely be worse and that I should be happy that nothing was found wrong with either of us… but the sadness was winning over the positivity, and the anger was beating out the hopefulness.  I didn’t know how to handle the anxiety I was being faced with… when a friend or family member called, I avoided them just to avoid talking about their babies, other peoples children, or the question about my own.  In my mind, it wasn’t fair.  I didn’t have a child yet that I so desperately wanted, so I didn’t want to hear about anyone else’s.  And although these feelings and avoidance of others started after 9 months of trying, it took the HSG procedure coming back fine to really push me over the edge.  For many, having good news would have been a blessing… but for me, having more “good news” felt like a curse, or a punishment… Still no answers. Still no baby.

…Who was I becoming? I felt like a different person… cold, rude, and selfish.  I didn’t like feeling this way.  I was in a bubble that I made myself… but it was better than the latter.  When I was alone, I didn’t have to worry about the question, or hear about other peoples babies… But in November I realized this was a bigger issue than I had thought.  You see, November meant Thanksgiving… and Thanksgiving means seeing family, and in our case – LOTS of family… and children and babies… The second week of November it was all I thought about and the anxiety was taking over… The third week of November I started wondering what excuse I could come up with to skip out of the 3 Thanksgivings we had scheduled with our families… What was wrong with me?!?! I love our families, and the children… I needed to snap out of it and get this under control, before my friends and family started asking other questions… heck, the way I was avoiding everyone, they could’ve been thinking my marriage was going bad – when really it was the opposite since my husband was the only person I could handle being around or talk to without having an anxiety attack!

So I scheduled an apt with my primary doctor, and told the nurse I just needed to talk to her about some anxiety I was having.  Little did I know, talking to my doctor would be more like a therapy session with a lot of tears.  When my doctor walked in the room, she asked “What’s goin on?” and I just burst out crying… I tried talking and couldn’t.  She handed me Kleenexes and told me to slow down and take my time.  And I then I told her everything about the previous 14 months.  We talked for well over an hour, and I had no regrets about seeing her.  I knew she cared when she started crying as I was talking… Our talk was so meaningful, and she truly understood what I was going through.  She prescribed 50mg of Zoloft to help with my anxiety and depression.  I had never heard of Zoloft, had never taken a prescription that affected the chemicals in my brain before, and while I was nervous and hesitant about it… I saw it as an answer.  While I still had no answer for infertility, it felt SO good to hear a doctor say to me (for once in the last 14 months), “This will definitely help you.”  And I believed her. 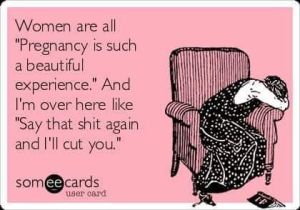